When it comes to things to do in Rwanda, nearly every tourist has one activity at the top of their itinerary: gorilla trekking. The mystique of getting up close to creatures who share 99 percent of our DNA captivates travelers from around the world, and there’s no better place than Rwanda to do it. The country has made serious strides in conservation to protect the animals.

Nature lovers can go on safari in Akagera National Park and get a bird’s-eye view of Nyungwe Forest from a canopy walk. If you’re interested in culture, check out the fascinating exhibits on traditional customs and beliefs at Rwanda’s Ethnographic Museum. Don’t miss the royal cows (and the singers who croon to them) at the King’s Palace Museum.

Make the most of your experience with our list of the top tourist attractions in Rwanda.

Without a doubt, the number one thing to do in Rwanda is gorilla trekking at Volcanoes National Park. Sharing a border with Uganda and the Democratic Republic of the Congo, this national park in Rwanda is home to a growing number of critically endangered mountain gorillas. Experts estimate that there are about 600 gorillas in the park–a significant increase from around 240-250 individuals in 1981.

To visit one of the 18 mountain gorilla families that have been habituated to humans, you’ll need to obtain one of the limited number of daily trekking permits for $1,500. The easiest way to do it is through a reputable tour operator, who can also arrange transportation from Kigali to the park headquarters.

The trekking experience typically lasts between four and eight hours, most of which is spent hiking through mystical bamboo forests, wild meadows, and swampy areas. Guides from the national park service will eventually lead you to one of the habituated gorilla families. You’ll spend an hour observing the creatures as they eat, care for their babies, and interact with one another.

Gorilla trekking in Rwanda is largely considered a safe activity. The gorillas are mostly apathetic to their human visitors. Armed guides, who use a bunch of clicking sounds to communicate with the gorillas, keep guests safe from potential dangers, making the experience one that you’ll never forget.

Porters are available at the base of the trails in Volcanoes National Park. It’s worth hiring one for the day–they’ll carry your bags and help you avoid slipping down the muddy paths.

Want to learn more about mountain gorillas? After your trekking adventure, head to the Dian Fossey Gorilla Fund International Karisoke Research Center in the nearby town of Musanze. It contains a small, yet robust museum all about mountain gorillas and the work of conservationist Dian Fossey, whose efforts to protect gorillas were made famous by the 1988 drama, Gorillas in the Mist.

One of the most important forest conservation areas in all of Africa, Nyungwe Forest National Park contains a spectacular array of biodiversity, including 1,068 plant species, 322 species of birds, and 75 types of mammals.

Most tourists come to this rainforest to track chimpanzees, which have been habituated to humans by park rangers. This animal encounter is a fraction of the cost of gorilla trekking, yet no less memorable.

Hanging out with primates isn’t the only thing to do in Nyungwe. The park is also home to the only canopy walk in East Africa, roughly a 90-minute hike from the Uwinka Visitor Center. You’ll walk across a 91-meter-long suspension bridge dangling more than 50 meters above the verdant rainforest, getting a dizzying view of the treetops and mountains in the distance.

Got a fear of heights? Skip the canopy tour and instead walk along one of the park’s 15 hiking trails for an invigorating adventure that doesn’t fight gravity.

If the country’s impassioned conservation efforts don’t convince you that Rwandans have a reverence for animals, a visit to the King’s Palace Museum certainly will. The star attraction at the museum (one of Rwanda’s eight national museums) are the inyambo (sacred cows) and their staggeringly large horns. Throughout the day, traditional singers lull the cows into a mellow state by belting poems–a ritual that’s unique to Rwanda.

The museum itself is just as interesting as the four-legged creatures out back. It showcases a replica of a king’s palace from the 15th century with a thatched roof, royal hut, and fresh milk hut traditionally run by an unmarried woman.

Tourists can also explore the colonial-style home that was once the royal residence of King Mutara III Rudahigwa in the mid 20th century. The interior design is particularly striking, blending Rwandan patterns with European-style furniture (some of which was actually owned by the king).

No trip to Africa is complete without a game drive. Tourists can scratch the itch to go on safari just two-and-a-half hours away from Kigali at Akagera National Park.

Managed by the African Parks organization, Akagera and its biodiversity have made an incredible recovery from near decimation after the Rwandan genocide. The 1,140-square-kilometer expanse (one of Central Africa’s largest protected wetlands) now boasts all of the Big Five animals, along with an abundance of birds and antelope.

You’ll need to have a lot of luck to spot a lion or rhino–conservationists are still working on boosting their populations, and for now, there aren’t that many at Akagera. However, you’ll have no trouble spotting zebras, hippos, Nile crocodiles, elephants, and giraffes on a self-drive safari.

The landscape itself is just as spectacular as the animals that live here. You’ll see the environment make a glorious shift from savannah plains to wetlands and lakes.

Hire one of the helpful guides at the park visitor center. They have insider’s knowledge of where to find the animals.

After all your outdoor adventures, you’ll be ready to kick up your feet–and there’s no better place to visit for relaxation in Rwanda than at Lake Kivu. The 2,700-square-kilometer, emerald-green oasis, surrounded by misty mountains, is Rwanda’s largest lake.

Soak it all up from Rubavu, a resort town on the northern tip of Lake Kivu. It has a lively waterfront, sandy beach, and stunning resorts (including the Lake Kivu Serena Hotel). A few days in this peaceful town will leave you restored.

Get even closer to the landscape with Kingfisher Journeys. The tour operator can arrange a stunning sunset kayak trip with singing fisherman on Lake Kivu, as well as multi-day paddling adventures that will leave you in awe.

One of Africa’s best collections of ethnological and archeological artifacts can be found in Rwanda’s Ethnographic Museum, located about 130 kilometers south of Kigali in the district of Huye. Belgium gifted the museum to the city in 1989 in honor of the 25th anniversary of Rwandan’s independence.

The Ethnographic Museum’s seven galleries take tourists back in time to precolonial Rwanda. You’ll see an impressive collection of woven baskets, traditional garments made from animal hides and woven grass, spears and bows, musical drums from hundreds of years ago, and old farming tools.

Tourists can step inside an authentic royal home and learn how it was constructed. The museum also hosts live handicraft demonstrations.

Volcanoes National Park isn’t just a place to see gorillas–it’s also a prime spot to immerse yourself in Rwandan culture at Gorilla Guardians Village. Run by reformed poachers, the non-profit cultural village gives tourists the chance to try their hand at Rwanda’s most famous crafts and activities.

You’ll learn how to carry a basket on your head (like the Rwandan women do), weave your own baskets, shoot an arrow, and grind grains with a heavy stone. The enthusiastic guides make the entire experience feel like a big party.

It’s worth sticking around for the intore dance recitals at Gorilla Guardians Village. The traditional dancers, decked out with long straw wigs and skirts, put on an exciting show to the beat of rhythmic drumming. You’ll be up and dancing with them before you know it.

Many travelers spend only a night in Kigali before gorilla trekking, missing out on the vibrant culture, cuisine, and sightseeing in Rwanda’s capital city. Plan to spend at least a few days here at the beginning or end of your trip.

Stock up on bespoke clothes from swirling patterned textiles and experience the energetic atmosphere at Kimironko Market, Kigali’s largest marketplace. The warehouse space is like a maze, with surprises around every corner.

Then, check out Kigali’s creative scene at Inema Arts Center, a gallery that showcases the works of up to 10 local artists in residence. Make your way to the Rwanda Art Museum at the former Presidential Palace. It displays some of the finest contemporary pieces from Rwanda and nearby regions. You can also see debris from the presidential aircraft that crashed in 1994.

When you’re ready to refuel, savor an authentic Rwandan cup of joe at Question Coffee Cafe. Check out the cafe’s specials menu to see what experimental caffeinated concoctions the baristas have recently come up with. They’re known to infuse some coffee beverages with unexpected local ingredients, like tree tomato.

Finally, wind down with a succulent meal at one of Kigali’s great restaurants. Le Panorama Restaurant at Hôtel des Mille Collines offers dazzling views of the city, along with a diverse menu of local and international favorites.

For an even more romantic setting, head to Fusion Restaurant’s al fresco dining room at The Retreat hotel. It overlooks a twinkling pool and serves up homemade pastas, flavorful starters, and fresh seafood.

Tourists can visit Gishwati, the larger of the two forests in the park. It’s home to a variety of primates, including golden monkeys, blue monkeys, L’Hoest’s, and around 20 eastern chimpanzees. Guided chimp and monkey tracking tours give you the best chance at seeing the feisty creatures. You can also join a guided nature hike on three marked trails in the forest. Pack a pair of binoculars to take a closer look at members of the more than 230 bird species found within the forest. 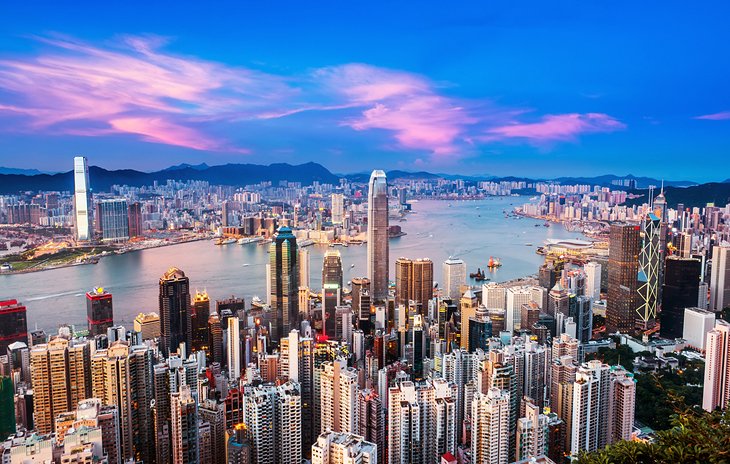 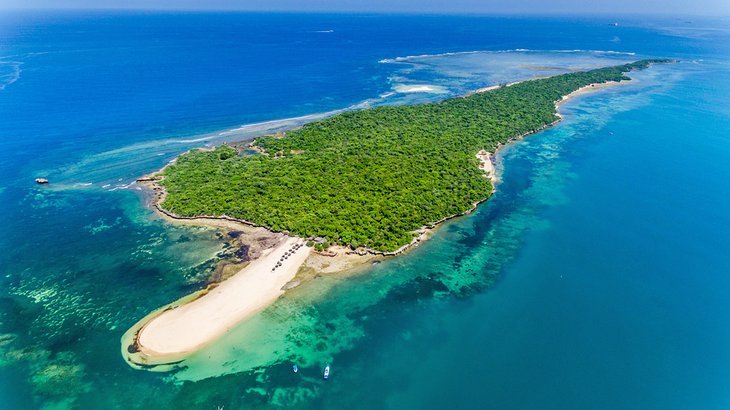 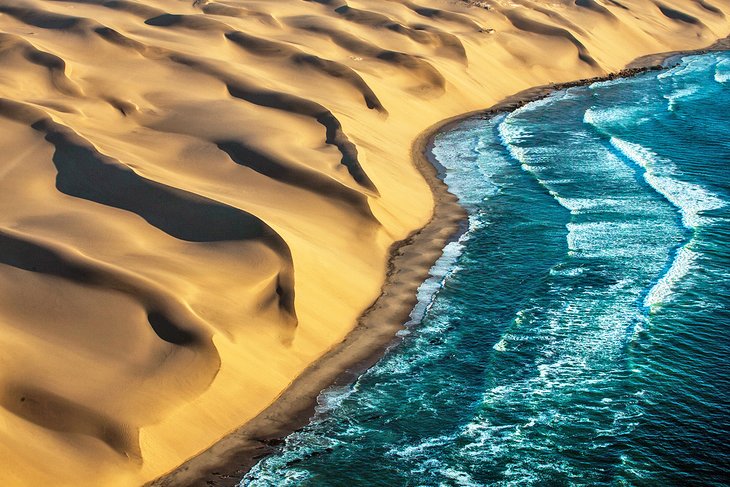 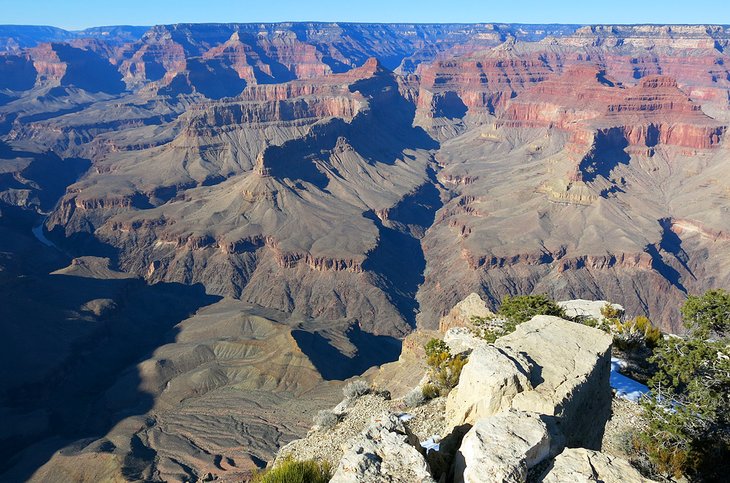 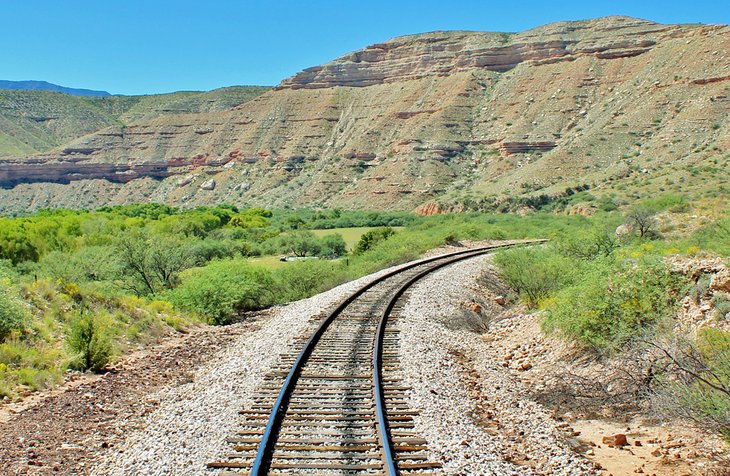 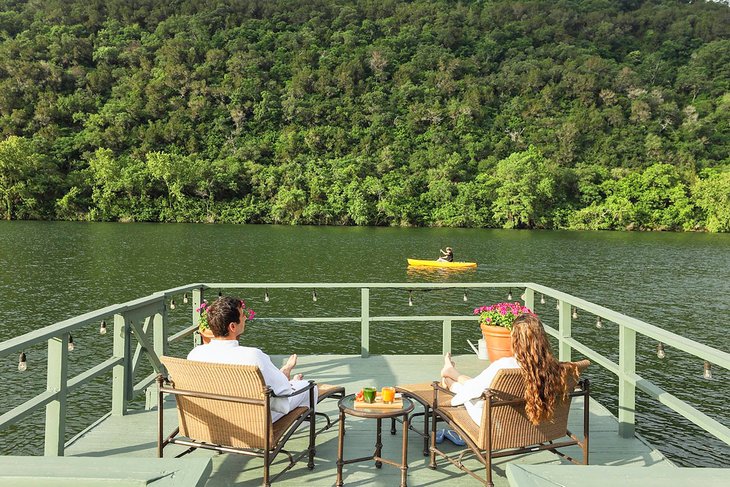